Ellen Grace Philpotts-Page, popularity known simply as Ellen Page is a famous Canadian actress. She started acting at the age of 10 and earned her first Oscar nomination in 2007 for her role in the movie Juno at the age of 20.

Page came out as gay during a Human Rights Conference in Las Vegas in 2014, and her parents knew of it since she was 19 years old. She married her girlfriend, the dancer and choreographer, Emma Portner in 2018. They live in a ranch house overlooking the Hollywood Hills. Below are more details on Ellen Page’s life and career you shouldn’t miss.

Page was born on 21 February, 1987 in Halifax, Nova Scotia Canada. Her mother is a teacher and her father a graphic designer. After attending three different high schools, she graduated from the Shambhala School in 2005 and continued at Vaughan Road Academy in Toronto, where she spent two years. She studied there with Mark Rendall and the two of them became friends. Rendall is a Canadian actor too. Page has an older stepbrother and stepsister. As a child Page loved to play with action figures and to climb trees.

Ellen Page’s first acting experience was in 1997 in the movie Pit Pony and then in the same name of TV series. She was discovered by the Canadian actor, John Dunsworth, who visited Page’s school while filming the TV series. She received a Young Artist Awards nomination then and a Gemini nomination for her role.

In 2002 Page had a role in Marion Bridge where she played alongside Molly Parker. The movie won the Best Canadian First Feature at the Toronto International Film Festival. After the movie, Page realized she wanted to act for the rest of her life, and that was a key moment in her professional career although she was only 15 years old then.

Shortly afterwards, Page appeared in the TV series, ReGenesis in 2004 and received a Gemini Award for her role as Lilith in the first season. The same year, she played in Mrs. Ashboro’s Cat and won another Gemini award for Best Performance in a Children’s/Youth Program/Series.

With so many awards and nominations at a young age, Page’s career skyrocketed. In 2005, she played a complex role in Hard Candy, which premiered at Sundance Film Festival. It brought her an award for Best actress at the 2006 Austin Film Critics Association Awards. She commented afterwards that the movie was a great experience that helped her a lot.

In 2006, Page appeared in the superhero movie, X-men: The last stand as Kitty Pride and reprised her role in 2014 in X-men: Days of future past. She played alongside many famous actors like Hugh Jackman, Halle Berry, Ian McKellen, Patrick Stewart, Jennifer Lawrence, and others.

Juno, a movie released in 2007 brought her reputation as a rising star, and it is considered to be the breakthrough movie of her career . The New York Times predicted that her role in the movie was going to make her a star. Together with her co-star Michael Cera, Page sang the cover of the Moldy Peaches song “Anyone else but you” in the movie. Her intelligence and brilliant performance amazed the director, Jason Reitman, and he remarked that she was too smart for her age. For her role, Page was nominated for Best Actress at the 80th Academy Awards, BAFTA, Golden Globe, and SAG Awards. However she won more than 20 other awards in different categories

Ellen Page also had a leading role in the horror crime movie An American Crime, released in 2007 and premiered at Sundance Film Festival. The film was based on a true story and Page was the only choice to play the character that was tortured and killed. In 2009, she played the main role in Drew Barrymore’s directorial debut movie Whip It. Although it wasn’t a box office success, it received mainly good critiques.

She played in Christopher Nolan’s Inception, considered one of the best 2010 movies. The movie won four Oscars and was nominated in four more categories. In 2012, Page played in Woody Allen’s romantic comedy To Rome with Love which was a box office success. However, she wrote on her Facebook page in 2017 that working in the movie was her biggest regret in her career after the Allen’s adopted daughter sexual abuse allegations.

Page, in 2015, produced two drama movies in which she also featured: Into the Forest, and Freeheld. In 2017, she was a producer of two more movies: the Irish horror drama The Cured, and the romantic drama My Days of Mercy.

Last year, Ellen Page played in the TV miniseries Tales of the City, based on the same name of novel by Armistead Maupin. She also has a leading role in the Netflix superhero web series The Umbrella Academy. The series premiered last year, and has been filmed for two seasons so far. It also receives good critiques. Page will voice over the character Dusky in the upcoming animated movie Naya Legend of the Golden Dolphin

A Netflix documentary about environmental racism was released this year titled There is Something in the Water . It premiered at Toronto International Film Festival last year. Page directed the documentary alongside Ian Daniel, a director and filmmaker. The two of them previously worked together on the documentary series Gaycation in 2016. They traveled and met different people with different stories, exploring LGBTQ cultures around the world. Page’s first experience in documentaries was as a narrator in Vanishing of the Bees in 2009.

Ellen Page dated her girlfriend, Emma Portner for 6 months before they got married in 2018 in a private and secret ceremony. The couple met on Instagram where Page noticed Portner. Previously Page dated the multimedia artist, Samantha Thomas.

Ellen Page is a vegan. In 2014, she and her colleague, Jared Leto were named The Sexiest Vegetarians by PETA. She is also an atheist, although she practiced yoga and meditation and attended Buddhist school.

Page is a loud pro-choice feminist, not afraid to tell the truth. It made her Hollywood’s most outspoken gay actor. One of her personal quotes is that if she feels strong about something, she cannot be quiet.

Page pointed out in an interview that if she were not into acting, she probably would be an organic farmer in Nova Scotia. “The tiny Canadian” is a nickname given her by her roommates from New York City.

Portner is a Canadian choreographer and professional dancer born on 26 November 1994 in Ottawa, Canada. She began dancing at the age of 3. In Ottawa, she danced in Leeming DanceWorks, The National Ballet of Canada and also attended Canterbury High school. When she was 17 years old, she moved to New York City where she trained at The Ailey School.

Emma Portner has collaborated with Justin Bieber, starring and doing the choreography for his music video “Life is worth living” in 2015. The next year, she was part of Bieber’s Purpose World Tour as its choreographer. In 2017, she worked on the choreography of the rock musical “Bat out of Hell” by Jim Steinman. Last year, Portner was nominated for Best female dancer and Rising star of the Year for Arena Dance Competition. She studies at Toronto University as a part time student of Environmental Science.

Page has small petite figure. She is 5 feet 1 inch tall and weighs 48kg. She has dark brown hair and brown eyes. Page loves hiking with her wife when she is not working and it helps her to stay fit. 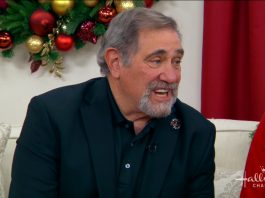