Kurtwood Smith is an American actor. He has appeared in multiple television programs and Sci-Fi films. He is best known for portraying the role of Clarence Boddicker in RoboCop (1987) and in television, he got popularity through the role of Red Forman in the sitcom “The 70’s show” in 1998. He was also starred in Star Trek, The X-Files and 7th Season of 24. He has won three Drama-Louge Awards for his striking performance n Idiot’s Delight, Billy Budd and Green Grow the Lilacs.

In this article, we will discuss the life of Kurtwood Smith. From his net worth, Early life, Alma mater, professional Career, to personal life and Much more. So, read on to know other exciting facts about him!

Kurtwood Smith’ estimated net worth is approximately $10 Million. Smith grew his net assets through his acting career mainly. He has been connected with acting for more than three decades now. He appeared in some iconic movies which further elevated the total sum of his net worth. Most of his shows are based on science fiction themes and were really well received with critical acclaim for his extraordinary performances.

Kurtwood Smith was born on 3rd July 1943 in New Lisbon, Wisconsin. His full name is Kurtwood Larson Smith. Smith grew up in the San Fernando Valley. His father George Smith served in the military as a major and took part in the Second World War and was killed in Europe. His mother Mabel Annette (née Larson) named him Kurt on the name of a country singer (Kurt/curt) she was a fan of in the early 40s. However, the part wood was added after his name to make it long because her mother believed his name sounds too meager. In an interview, Smith said that his name is so unlikely and he is possibly the only Kurtwood existing.

He attended Canoga Park High School, California, in 1961. In his senior year, he was picked as a class president. In 1965, he completed his graduation in Bachelor of Arts from San Jose State University. He then enrolled in the Masters of Arts (MFA) program at Stanford University in 1969. MFA is a recognized terminal degree for practitioners of performing arts and considered the highest degree in the field. He then moved to Los Angeles to start his acting career. He worked in theatre for some time and attended Santa Clara University, California.

Smith was starred in several movies and television series. He started his career by playing small roles in Television and movies such as Roadie (1980) as a security guard, Zoot Suit (1981) as Sergeant Smith, in Staying Alive (1983) as a choreographer, Going Berserk (1983) as Clarence, Blue Thunder (1984) as Bill Spradley and in Flash Point as Carson.

In 1987 he was cast as Clarence Boddicker in RoboCop, A Sci-fiction film by Paul Verhoeven. He portrayed the villainous role of a gang leader. The film was a huge blockbuster and won five Saturn Awards and Academy Award for Best Sound Effects Editing.  There were numerous memorable quotes from that movie that has become part of pop-culture included “Bitches, leave!”,  “Can you fly, Bobby?”, and “The tigers are playing tonight”.  The film was nominated for the two BAFTA Award Categories as well as nominated in the Academy Awards for Best Sound and Best Film Editing. In RoboCop 3 (1993) his flashback footage from 1987 movie was shown.

Other movie roles in his portfolio include Rambo III as Robert Griggs, Two Idiots in Hollywood as Attorney, and True Believer as Robert Reynard in 1988. In 1989 he appeared in Dead Poets Society and Heart of Dixie. In 1990 he acted in three movies, Quick Change, Oscar, and Company Business.

He has appeared multiple times on the Star Trek Franchise, Star Trek VI: The Undiscovered Country as Federation President (1991), Star Trek: Deep Space Nine episode “Things Past” as Cardassian (1996) and finally in the Season four episode of Star Trek: Voyager, “Year of Hell” as a scientist  Annorax which aired on UPN in 1997.

He continued making appearances on big screen through playing alternative roles in following movies, To Die For as Earl Stone, Under Siege 2: Dark Territory as General Stanley Cooper, Broken Arrow and A Time to Kill (1996),  and Deep Impact (1998) to name a few.

His other prominent roles include agent Edward Cooper in CBS series Medium (2006). After the character’s death, his role was revived later in season 3 to 5, as a ghost. He played Dick Clayton in the series Worst Week (7 episodes) on CBS network and role of Senator Blaire in the 7th season of the action thriller “24” for seven episodes.  He also appeared in 13 episodes of CHAOS (2011) as H.J Higgins. In 2014, he played Henry Langston in Sci-fi drama Resurrection which ran for two seasons from 2012-2015 on ABC.

He is also a successful voice actor and provided the voice to several animated series, documentaries and computer games such as Fallout Tactics, FreeSpace 2, Beans Baxter. He did voice acting Fox animated series Terrible Thunder lizards as general Galapagos, Squirrel boy as Bob Johnson and in Green Lantern: First Flight as Kanjar Ro.  There were many other instances of voice acting as well.

The early television shows he appeared on includes, Soap (1980) where he played an iconic role of “Guy in laundromat” where just had the one line, 21 Jump Street (1986), The New Adventures of Beans Baxter (1987) and many others.  On television, the most memorable character played by him is Red Forman, a father on the Sitcom “That ’70s Show which aired on the Fox Network. The show ran for eight long seasons from 1998-2006.   He’s most known for this role and Smith has been counting his blessings to land this role, but is quick to remind that he has played other roles as he’s proud of his range in his acting abilities.

What made Red Forman so genuine was that the writers modelled him from a lot of what they heard from their own fathers.  Smith is often asked by fans to call them “dumbass” which was one of his most iconic catch phrases. His co-stars included Debra Jo Rupp, and Laura Prepon

There were rumors that Chuck Norris was initially intended to play that role, but that is confirmed to be false.

In 1964, smith got married to Cecilia Souza but they split up in 1974. Smith remarried to the actress Joan Pirkle on 5 November 1988. Joan appeared in RoboCop as his secretary (1987), Body Shot (1994) and Two Idiots in Hollywood (1988). Smith has a daughter, Laurel Garner born on 30 August 1971 from his first marriage and a son named Shannon Smith from a second marriage. Laurel is also an actress. He is currently residing in Glendale, California. Smith is active on social media with 24.4k Twitter followers.

Kurtwood Smith is an icon that has made a great impact to the entertainment industry.  His favourite aspect of acting is getting express emotions, experiencing feelings of being other people, and managing attitudes he wouldn’t normally experience. 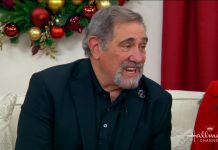 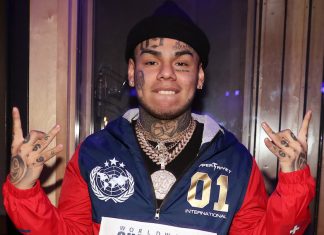 Harry Eriksen
Introduction Daniel Hernandez, who is better known by his stage name as Tekashi69 or 6ix9ine, is an emerging rapper. He has great quality in his...