Lorraine Bracco is an American actress. She played her most notable role of her career on HBO ‘The Sopranos’ as a psychiatrist, Dr. Jenifer Melfi. Prior to that she gained notoriety for her role as Karen Friedman Hill In ‘Goodfellas’. Through her captivating performances, she made her significant place in the industry. She has earned the Los Angeles Film Critics Award for Best Supporting Actress.

She also won Screen Actor Guild Awards for her Outstanding Performance By an Ensemble in Drama Series. She achieved three repeated Emmy Award nominations for ‘Outstanding Lead Actress in a Drama’ and landed on one Oscar nomination and three Golden Globe nominations.

Lorraine Bracco has a net worth of roughly around $24 million.  The 64-year-old actress was raised in a working-class community and she was unaware of her acting talent in her twenties. To know more about her journey, read the full article below.

As of April 2020, Lorraine Bracco’s net worth stands at $24 million. She has established a strong profile by playing fewer but dynamic characters. She started making money through modeling way before she pursued a career in acting.

Most of her net worth is the outcome of her contribution in the showbiz industry. Acting is her primary source of earning where as an example she made a steady income for eight long years through The Sopranos. Though she has little screen time, she was the key character in the series that acted as the human conscience of the sometimes ruthless mob boss Tony Soprano. By the end of the seventh season, she and other cast members revised their contracts and got a rais where Bracco earned $220,000 per episode. Furthermore, she has authored two books to generate more income.

Lorraine Bracco was born in Brooklyn, New York on 2nd October 1954. Her mother Eileen Bracco has French ancestry while her father Salvatore Bracco Sr belongs to Italian origin. Her parents met amidst World War II and her mother came to America as a war bride.

She has brother Salvatore Jr. and sister Elizbeth, who is in the same profession as her. She grew up in Westbury, in Max Drive on Long Island. She fluently speaks three languages, English, Italian and French. Bracco graduated from Hicksville High School in 1972.

In 1979, Bracco married Daniel Guerard, they have a daughter Margaux Guerard, who is an actress. They split up in 1982.

She then met actor Harvey Keitel in Paris and they started dating. Their daughter Stella Keitel was born in 1985. After 12 years of courtship their relation fell apart and had a lengthy battle over Stella’s custody, Bracco lost over $2 million in the custody clash and fell into acute depression.

In 1994, she married actor Edward James Olmos. Miserably, her second marriage was unsuccessful too and they separated in 2002.

In 2015, Bracco wrote a book on self-help titled, To the Fullest: The Clean Up Your Act Plan to Lose Weight, Rejuvenate, and Be the Best You Can Be. Bracco also wrote a second book which was a conversational memoire titled On the Couch.

Bracco started her career as a model for Jean-Paul Gaultier, after moving back to France in 1974. During modeling, she was spotted by Marc Camoletti and received a proposal for a lead role in Duos Sur Canapé (1979). She declined the role first but eventually did it and found it uninteresting. Subsequently, she played small roles in a few French films.

She worked as Radio Jockey for Radio Luxembourg in the 1980s. in 1986, she was offered a minor role in the crime film ‘Camorra’. She loved the experience and decided to do pursue acting.

In 1987, she appeared in The Pick-up Artist and Someone to Watch Over Me. In 1989, she briefly appeared in Sing, The Dream Team, Up to Date and Sea of Love, but her part got deleted later.

In 1990, she was featured in one of the most memorable role of her career, Karen Friedman in Goodfellas.

She went through a bad career phase when her films, Medicine Man (1991) and Traces of Red (1992) turned out to be box office bombs. She was nominated for Golden Raspberry Award for Worst Actress for both films but luckily didn’t win any.

In 1990, she played a notable role in the American crime film ‘Goodfellas’, directed by Martin Scorsese. The film revolves around the life of mob associate Henry Hill. Bracco depicted Karen Freidman Hill, wife of Henry Hill, who also got involved in the mafia. She received a nomination for an Academy Award for Best Supporting Actress for her brilliantly portraying Karen in the movie.

The film performed well on the box office and also securing a 96% approval score from Rotten Tomatoes. The cast was applauded for their unrivaled performances. The film earned $46.8 million against a $25 million budget. The film was considered as the ‘Best Film of the Year’ and received several honors and accolades.

In 2019. She hosted HLN’s show ‘Dead Wives Club’, based on wives who were murdered. In 2020 she played herself in a web comedy series, AJ and the Queen.

“The Sopranos” is one of the best crime TV series ever created and was developed by David Chase on HBO from 1999 to 2007. It is a story of an Italian American mafia leader, Tony Soprano played by James Gandolfini, who is struggle to stabilizing his personal life and professional life as a criminal. Bracco played the Psychiatrist of Tony Soprano, Jenifer Melfi. Tony chose her as her therapist to treat his anxiety and panic attacks. She is the only one who knows Tony more than his own family and wife. As the series advances Tony began to get attracted to her, on the contrary, Melfi wants their relationship to stay strictly professional.

The Sopranos is considered as one of the greatest TV series in the history of HBO. The series was nominated for numerous awards and won more than twenty Primetime Emmy Awards, five Golden Globes and Peabody Awards for the first two seasons.

In 2013, The Soprano was declared as the best-written TV series of all time by the Writers of Guild America and ranked as the Best television series by TV Guide. In 2016, The Sopranos was included in the Rolling Stone list of the 100 greatest TV shows ever made.

Other co-stars from The Sopranos

Find out the net worth of other co-stars: 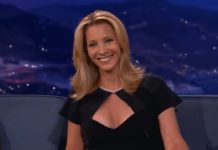 Lisa Kudrow: Her Net Worth, Husband, Education, movies, And Family

Steve Schirripa: His Family, Net Worth, Books, And Acting Career 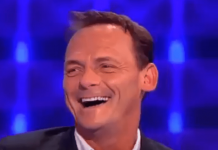 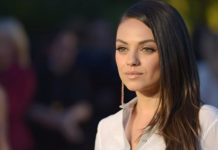 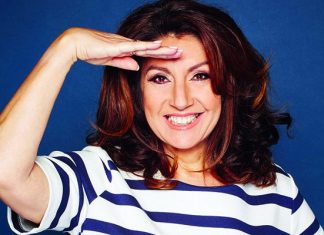 Harry Eriksen
Introduction Jane Anne McDonald is an English singer, actress, and media personality. She is best known for her appearance in the hit BBC show called...