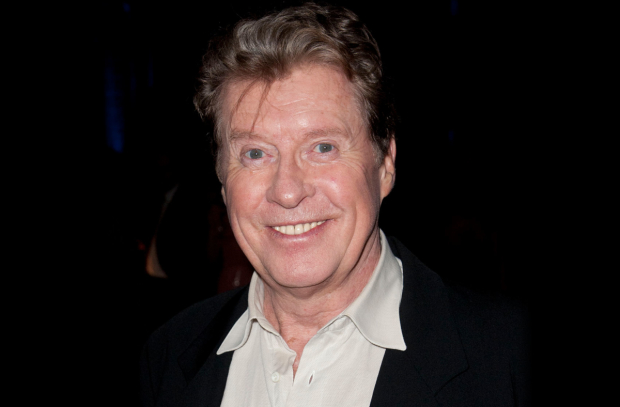 Michael Crawford is a well known comedian and singer. In the 1970s, he became a household name through his involvement in a sitcom called Some Mothers Do Ave’Em. However, it was his main role in The Phantom of the Opera that elevated his name among millions of people establishing himself through comedy.

His real name is Michael Patrick Smith and he was born on 19 January 1942, in Sheerness, United Kingdom. He was raised in a Roman Catholic family. He was the son of his mother’s second husband. Crawford was born 16 months after his mother’s first husband’s death. As Crawford was born during the time of the war, he had to move frequently in his early childhood. He got his education at St. Michael’s school which was run by nuns being a Catholic school.

He started getting active on stage during his school days by participating in a stage performance for Let’s Make an Opera. By 1958, he was actively working in the opera and was even hired for the creation of Nove’s Fludde. Looking back at this moment, Crawford reflects that this was a critical juncture in his life which assured him that he wanted to become an actor as a profession. He made his film debut with Blow Your Own Trumpet and Soapbox Derby, for The Children’s Film Foundation.

His career officially started at the age of 19 when he became a part of the film called The War Lover in 1962. At this stage in his career, he was balancing his work as an actor for films whilst still being active in theater by being a part of Two Left Feet and Not So Much a Programme, More a Way of Life. One of his earliest success was his role as Colin in The Knack and How to Get it in 1965. This propelled his popularity and helped him to play roles in A Funny Thing Happened on the Way to the Forum and How I Won the War.

In 1967, he would become a Broadway star by appearing in the play called Black Comedy. A virtous cycle would be on the way for Crawford as he had reached critical mass in his career with offers being flooded for his services. He was part of the film adaptation of a musical called Hello, Dolly! That became one of the highest grossing films in 1969. The film even managed to win three Academy awards.

However, his biggest success and the highlight of his career would be The Phantom of the Opera. In 1986, he began performing for his play in London and within years the show had been performed in several countries. He made over 1300 performances for the play by winning the prestigious award of Best Actor in the Olivier Award as well as the Tony Award. In 2006, the play became the longest running musical in history of Broadway. The altitude of the success of the show can be seen as he went on to celebrate its 10,000th performance in 2010 in London.

As of 2018, it is estimated that Crawford has an estimated net worth of $6 million. With such a successful career as an actor and comedian, it is not a surprise to see him having such a large net worth. However, he also has had some financial struggles in his life. Around 1975, he was already making a name for himself but because of investments unethically made by his agent, he lost a lot of money. He even had to take up a job as a clerk. That same year, he also went through a divorce.

During the peak of his popularity, he did many concert tours in most parts of the developed countries making audiences laugh with his skills in comedy. Nowadays, he has been keeping himself busy by being heavily involved in philanthropy. He was part of a one-off special of Some Mothers Do ‘Ave ‘Em, the classic show he was part of for years in order to raise funds for the Sport Relief. In 2016, he also was part of The Go-Between at Apollo theater. Most of his performances nowadays are for social causes.

He married Gabrielle Lewis in 1965 but their marriage ended after 10 years together. They have two daughters together namely Emma and Lucy. He has his own autobiography called Arrived Safely: Tied With String. His love for philanthropy dates a long way back with him being the leader of the Sick Children’s Trust since 1989. He is also a patron of the Lighthouse Foundation in Australia.

What is Jerry Seinfeld’s Net Worth?

Harry Eriksen
Kim Woodburn is an English Television presenter and author best known for co-presenting TV program “How Clean is Your House?”. Kim Woodburn net worth...

Highest Paid Athletes in the US